The Pastor Kissed Her.

That is the allegation made against Dominie Hall of the Methodist Church at Livermore, Ky., by Miss
More...
November 28, 2016

The Pastor Kissed Her. 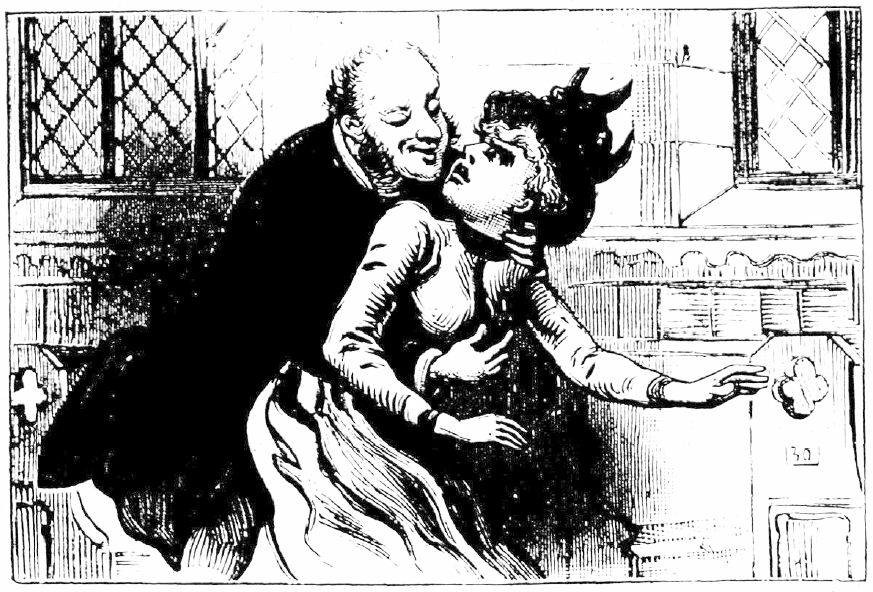 That is the allegation made against Dominie Hall of the Methodist Church at Livermore, Ky., by Miss May. [more]

Society in Livermore, Ky., especially in church circles, has been in a high state of excitement for several days over a sensation in which Rev. Charles W. Hall, a minister of the Methodist Chruch and a Miss May, a young member of the same congregation figure as the principal parties. The cause of the affair was a charge made by Miss May to the effect that Rev. Chas. Hall forcibly hugged and kissed her. The feeling was heightened by the fact that the friends of the young lady were not content to let the minster off without the exposure consequent upon hearing of the matter before he District Conference, which met there recently. Miss May’s story is straightforward, modest and frank. She says that on a certain occasion they happened alone together, with nobody near or looking. He seized the delightful opportunity and gathered her in his arms, at the same time popping a burning kiss squarely down upon her lips. Being incensed beyond measure, she spurned him from her, at the same instant letting fly her dainty fist upon his nose with all the force in her. He recovered himself and left, beseeching her before he left her to say nothing of the matter, as he meant no harm by it.