A Pointer. | Clubbed by a Wronged Wife. 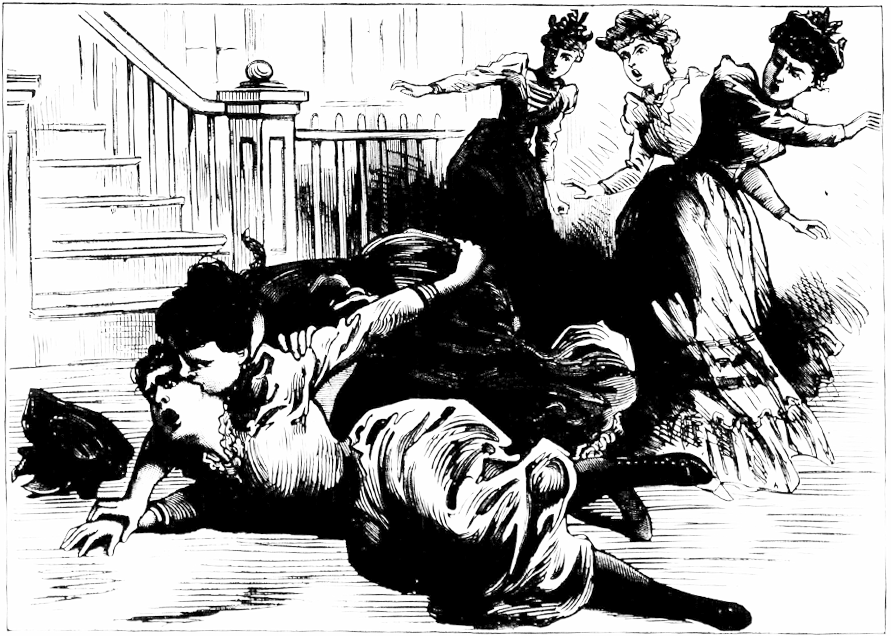 A Woman’s Fiendish Assault upon a Neighbor, Which May Result in Murder, in Columbus, O. [more]

A frightful assault, which may develop into a murder was committed by a woman in the southeastern part of Columbus, Ohio, recently. Living at No. 459 Parsons avenue is Frank Richter, a contracting teamster, with his wife and several children.

Among their nearest neighbors are James Claprood and wife. Claprood is a laborer and lives just across from the Richter home. On Monday Mrs. Richter heard that Mrs. Claprood had been slandering her and, accompanied by several other women of the neighborhood, went to Mrs. Claprood’s home for the purpose of demanding a retraction. Mrs. Claprood, armed with a large pair of tailor’s sheers, drove them from her house. Following them into the street she sprang upon Mrs. Richter like a tigress, and imbedded her teeth in Mrs. Richter’s face. She chewed Mrs. Richter’s left cheek into a jelly and then grabbing the poor woman’s right cheek mutilated it in a similar manner. Not satisfied with this barbarous treatment, Mrs. Claprood sucked the blood of her victim from first one cheek and then the other, as voraciously as a wild beast of the field.

The poor victim’s screams were heart-rending, but so ravenously did Mrs. Claprood in her frenzied rage bite and tear the flesh and suck the blood of her victim that the other women seemed paralyzed by the horrible spectacle and were powerless to rescue her.

Mrs. Richter finally made a desperate effort to escape, and, grabbing her assailant by the throat, tried to force her off. Mrs. Claprood then loosened her teeth from Mrs. Richter’s blood besmirched cheek and sank them into the screaming woman’s hands. In the meantime she grabbed a handful of Mrs. Richter’s hair and tor it out by the roots. Finally Mrs. Richter, exhausted form loss of blood, sank into unconsciousness.

Mrs. Claprrod arrived home at this juncture, and with difficulty tore his wife from her prey. Mrs. Richter is in a critical condition, and it is feared where will die. Mrs. Claprood is under arrest.