For over forty years, beginning around 1830, Marie Laveau was the most powerful and most feared woman in New Orleans.
More...
March 21, 2011

Did the Naughty Midway Dance | Chorus Girls in a Panic. 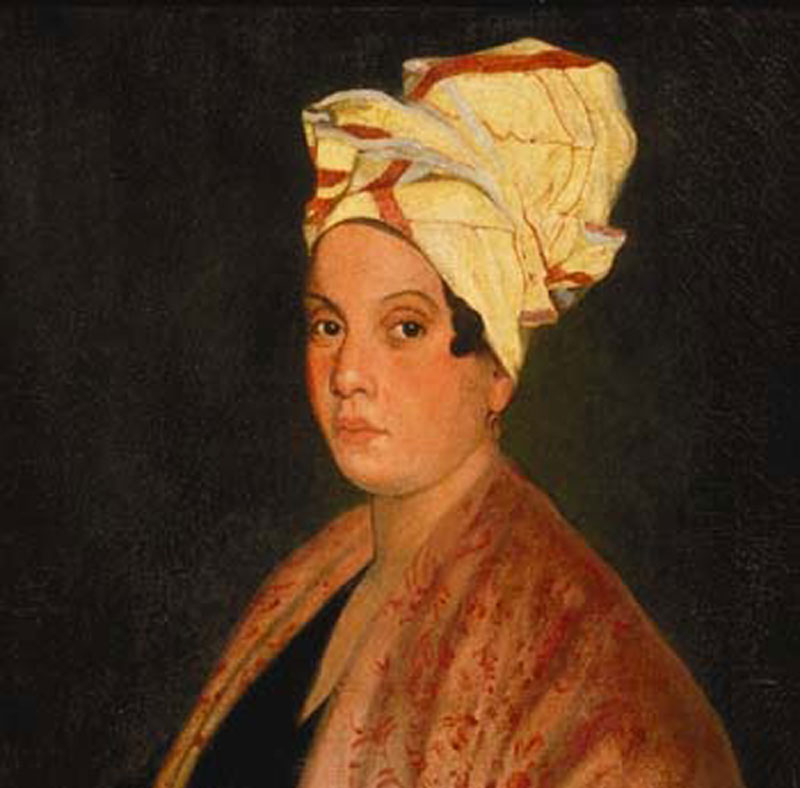 New Orleans, Lousiana - For over forty years, beginning around 1830, Marie Laveau was the most powerful and most feared woman in New Orleans. She was the Voodoo Queen, believed to have great knowledge of magic and the supernatural and power over life and death. Under her reign, thousands of followers, both black and white met in private rituals and public ceremonies. Marie Laveau opened the door to the secret world of Voodoo and for a time almost made it respectable.

Voodoo came to the new world with slaves from the Guinea coast of Africa and settled in the French-owned islands in the West Indies. It was slower to take hold in Louisiana but as early as 1782 Governor Bernardo de Galvez prohibited importation of slaves from Martinique, “as they are too much given to Voudouism and make the lives of the citizens unsafe."  The word Vodu - later corrupted to Voodoo, Voudou, Voudaux, etc.- was all-encompassing, referring to the god, the sect, the rites, and the followers of the religion. Shrouded in secrecy, the practice of Voodoo involved animal sacrifice and sexual ritual and was noted for spells and charms that could bring good fortune or destroy an enemy.

The male priests of Voodoo were known as doctors; all were black or mixed race, some free and some slaves. Dr. John, Dr. Yah Yah, Dr. Jack, and Dr. Beauregard were famous New Orleans doctors in the 19th century. The Voodoo queens, with absolute authority over rituals and ceremonies, were the equal of the doctors. In the early 1800s the Voodoo Queen was Sanite Dede. She was followed by Marie Laveau who, with her daughter - also named Marie - would control Voodoo in New Orleans for the rest of the century.

It was a time and place where racial heredity was considered very important and was closely tracked. Marie Laveau was allegedly the daughter of a wealthy white planter and a mulatto woman with a trace of Indian blood. She was described as tall and statuesque, with curling black hair, dark skin with a distinctly reddish cast, and fierce black eyes. In 1819 she married Jacques Paris, a quadroon (three-fourths white) from Santo Domingo. They were both free people of color and were probably practicing Voodoos. 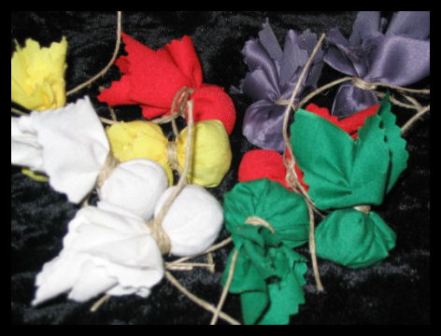 After Jacque left her, Marie called herself the “Widow Paris.” She lived in a shack on Lake Pontchartrain that was sometimes used as a meeting place for Voodoo rituals. Working as a hairdresser, Marie entered the homes of white women and become privy to their secrets. This information would be useful in her rise to power. She also maintained a network of servants in wealthy households who supplied her with information.  To recruit them she would curse their houses by putting gris-gris - a magical mixture that included powdered brick, yellow ochre, cayenne pepper, and sometimes hair, nail parings and reptile skin, in a cotton or leather bag - on their doorstep. In exchange for lifting the spell, the women agreed to spy for Marie. 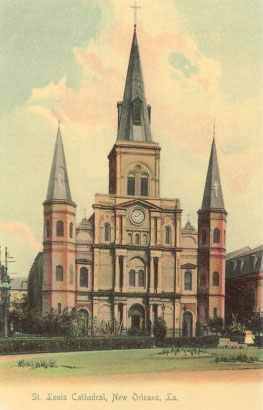 Marie Laveau gained prestige among both blacks and whites with a single miraculous event. The son of a wealthy merchant had been arrested in connection with a crime of which he was innocent. In desperation, the father came to Marie Laveau for help.  At dawn on the day of the trial, she put three Guinea peppers in her mouth, went to the St. Louis Cathedral and knelt at the altar for several hours. Then she went to the courthouse and placed the peppers under the judge’s bench. When the trial was held, in spite of overwhelming evidence against him, the boy was found not guilty. The father was so happy that he gave Marie a cottage on Rue St. Ann where she would live for the rest of her life.

Including a Catholic Cathedral in her ritual was indicative of Marie Laveau’s approach to Voodoo.  She was raised Catholic and as queen, she incorporated worship of the Virgin Mary and Catholic saints with traditional Voodoo ritual. She also opened up previously private ceremonies such as St. John’s Eve, inviting policemen, politicians, and reporters. It was reported that sometimes white onlookers outnumbered Voodoos at these events. Of course, the real Voodoo rituals, involving animal sacrifice and orgiastic dancing, were still held in private. 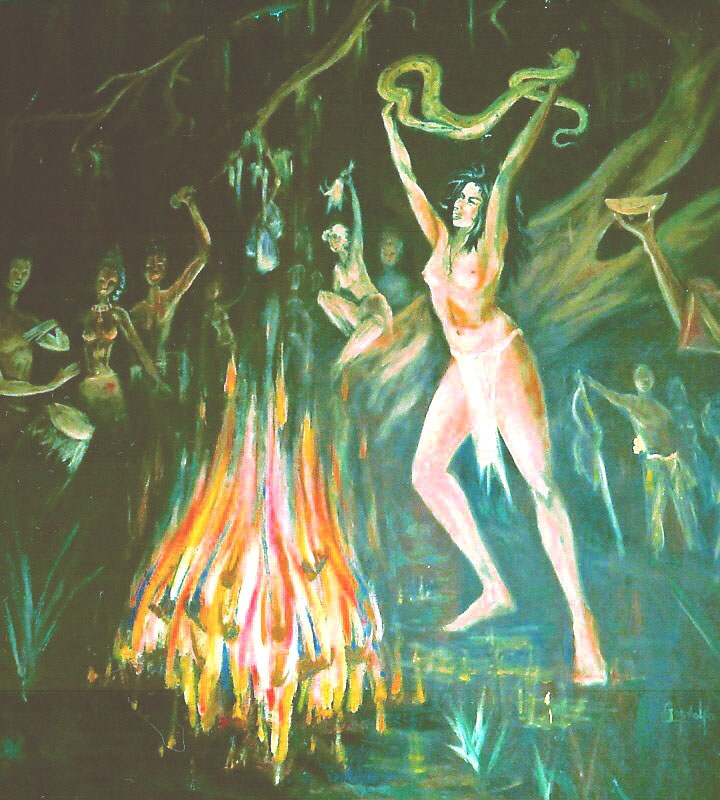 Queen Marie presided over dances at Congo Square, which had always been a meeting place for slaves in New Orleans. She would dance with a live snake - some said it was twenty feet long - which she kept in her yard. People in New Orleans, both black and white, lived in fear of her powers and would avoid passing her house. Stories of her sacrificing young children -“the goat without horns” - though false, were used to frighten children into obedience.

In June of 1869, when Marie Laveau was in her seventies, she was dethroned as Voodoo Queen and replaced by Malvina Latour.  Although she longer presided over the ceremonies Marie Laveau, and later her daughter, still commanded the real power of Voodoo. The assumption of power by her daughter, sometimes referred to as Marie Laveau II, was virtually seamless and often in the old stories, it is hard to determine which Marie Laveau is being referred to. It may have been a conscious attempt on their part to give the illusion of immortality. 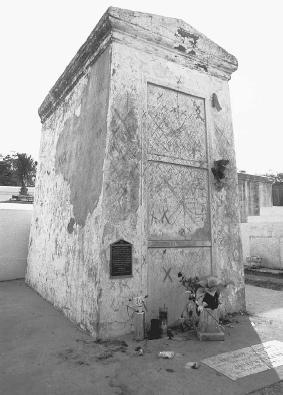 In her last years, the first Marie Laveau returned to Catholicism and became spiritual advisor to condemned prisoners at the Parish Prison.  She died in 1881 and is allegedly buried in a crypt in St. Louis Cemetery No. 1, though some dispute this claim. Visitors to the cemetery draw three X’s on her tomb so that her spirit will grant them a wish.