Booze Through a Key-Hole.

What a New York Girl Did. | The Graces in a High Wind.

Booze Through a Key-Hole. 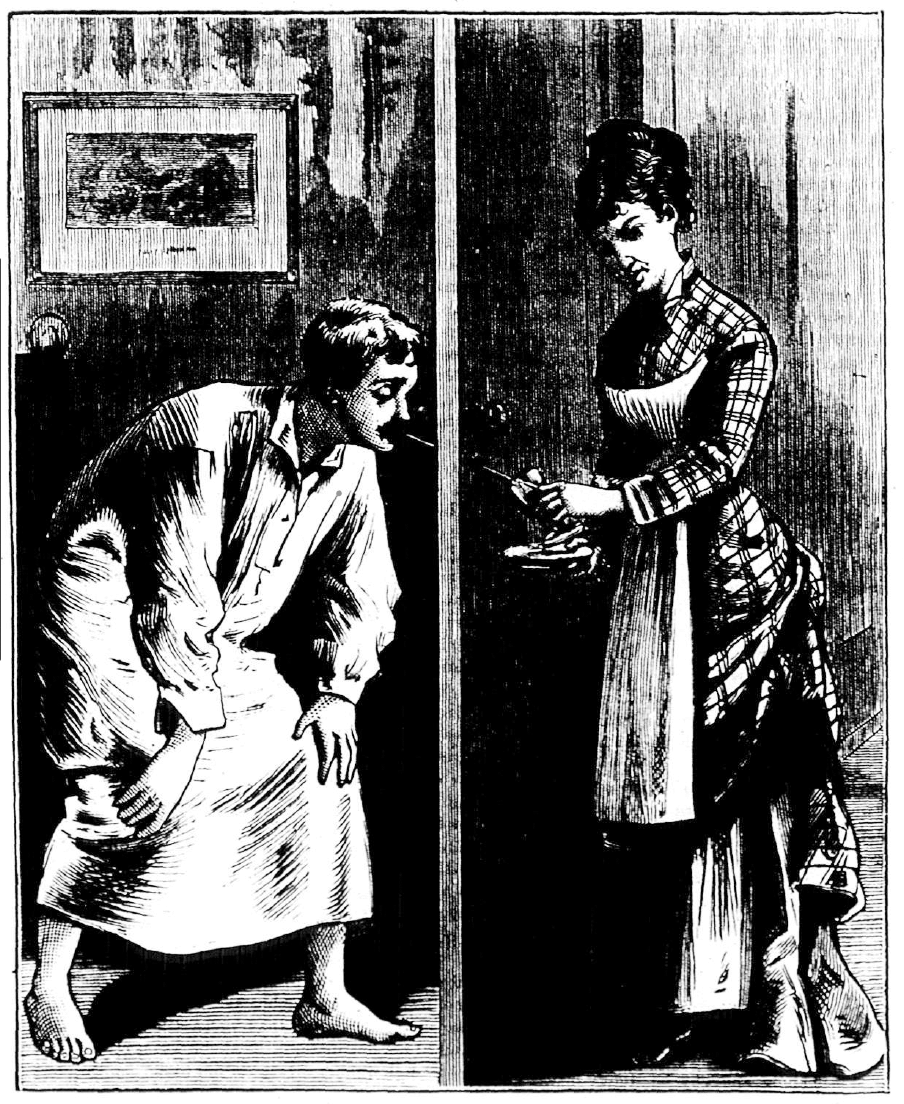 An inebriate while locked in a room by his friends to sober him up, has his cocktails supplied by a pretty servant through the keyhole by the aid of a straw; New York.[more]

The oldest son of a wealthy broker in this city is given to frequent indulgences in the cups. His sprees are periodical, and when on one he keeps at it until nature is exhausted. A party of friends undertook to sober him up recently by locking him in a room at a hotel, leaving him nothing but a nightshirt. By some means he succeeded in getting into the good graces of a pretty servant girl, who sympathized with him in his forced abstinence, and set herself about breaking it up. Going to the bar-tender she obtained at different times whiskey cocktails on pretense of taking them to the room of a regular boarder. She also obtained a number of straws. Putting one through the key-hole, with one end in the glass and the other in the prisoner’s mouth, he was supplied with “Inspiration.” His friends could not account for his keeping drunk, but finally discovered the means by which it was done.