Too Fond of Kissing.

A Steamship Steward Who Has Been Kissing Fourteen Years and Hasn’t Got Sick of It.
More...
May 22, 2018

A Wine-Inspired Wager. | Renewed Activity of "The Finest."

Too Fond of Kissing. 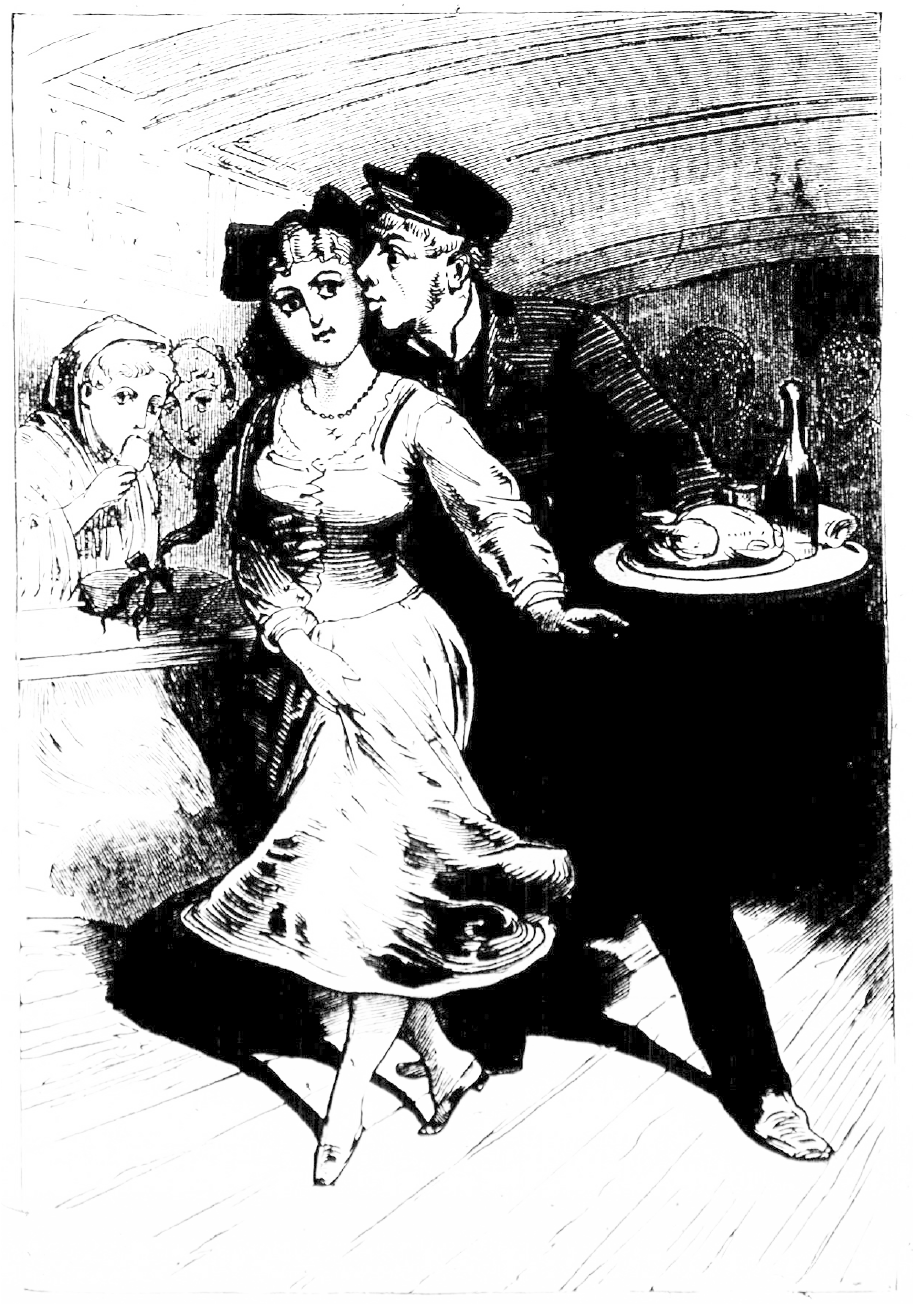 A Steamship Steward Who Has Been Kissing Fourteen Years and Hasn’t Got Sick of It. [more]

A too jovial disposition has got John Barbour, the good-natured, good-humored, Falstaffian steward of the steamer Hecla, of the Cunard Line, into trouble. John has too great a propensity for kissing the girls, a predilection that sooner or later bound to lead a man into kissing the wrong girl and being brought up with a round turn in consequence.  Thus, it was that John, when his stately ship left Liverpool, just two weeks ago, began to make love to all the females in his steerage domain. It was one of his duties to distribute food to the passengers.

The artful fellow would generally manage to exact the penalty of a kills for such sight culinary favors as he granted. The women soon grew accustomed to his odd fancy and avoided him. But one of the “told” on him as soon as the vessel reached p[ort a few evenings ago. Her name is Mary Roberts, and into the astonished ear of Superintendent Jackson of Castle Garden, she poured the story of the gay Britisher’s conduct. And not only this, but other whisperings affecting the management of the steerage quarters and separation, or rather non-separation, of the sexes ‘board ship, passed between the informer and the informed.

The result was an investigation which was conducted before the Commissioners of Emigration. John was hauled up, overhauled and keel-hauled by the angry Commissioners, and made to confess his misdeeds. He stated that he had “sailed the ocean blue” for fourteen years, and during all that time he had been kissing steadily.

Commissioner Lynch inquired where he wasn’t tired of it by this time.

Commissioner Ulrich asked if he wasn’t ashamed of such Barbourous conduct.

Another commissioner said he should be compelled to label such behavior as monstrous.

John’s examinations further revealed the fact that he kissed Mary Roberts “once,” but as she didn’t scream, he assumed it was all right. The girls he found didn’t object every much to being kissed unless he had been drinking beer. Then they wouldn’t stand it.