The ingenious patent which has been got up for use in prohibition states.
More...
January 6, 2015

Defying the Guards. | New Years in the Wings. 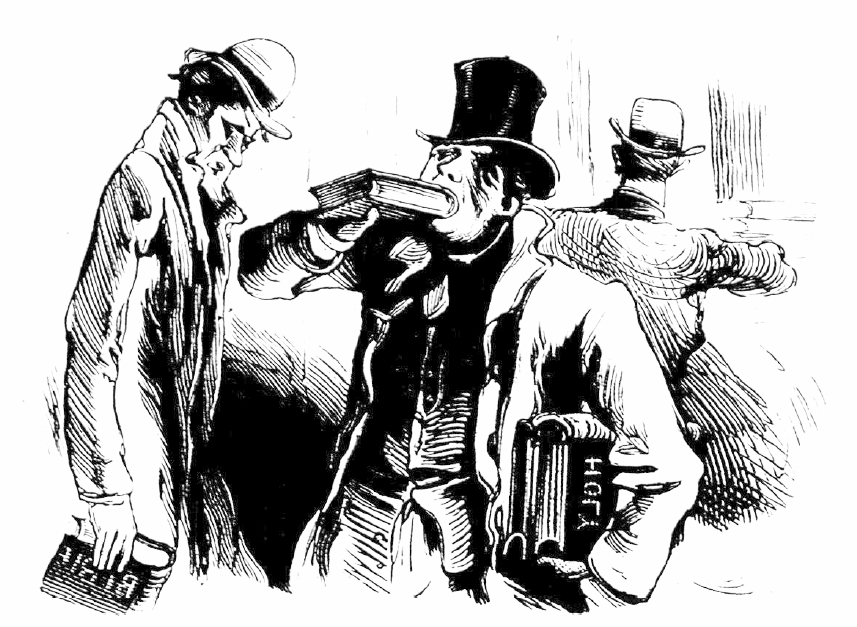 The ingenious patent which has been got up for use in prohibition states. [more]

Some curious patents are taken out at the Patent Office. One last week—“cover for liquor flask”—would never be fully appreciated by its title. It is a design of a book, about two and a half inches thick. At the bottom end of the book is an opening for the insertion of the flask, the opening being afterwards neatly closet with a sprint, the surface of which is marbleized lie a book end of leaves. At the top all seems correct and regular, but the pressure of the thumb throws open a circular hole at the same time raise the neck of the hitherto hidden vessel about two inches within easy range of the mouth.