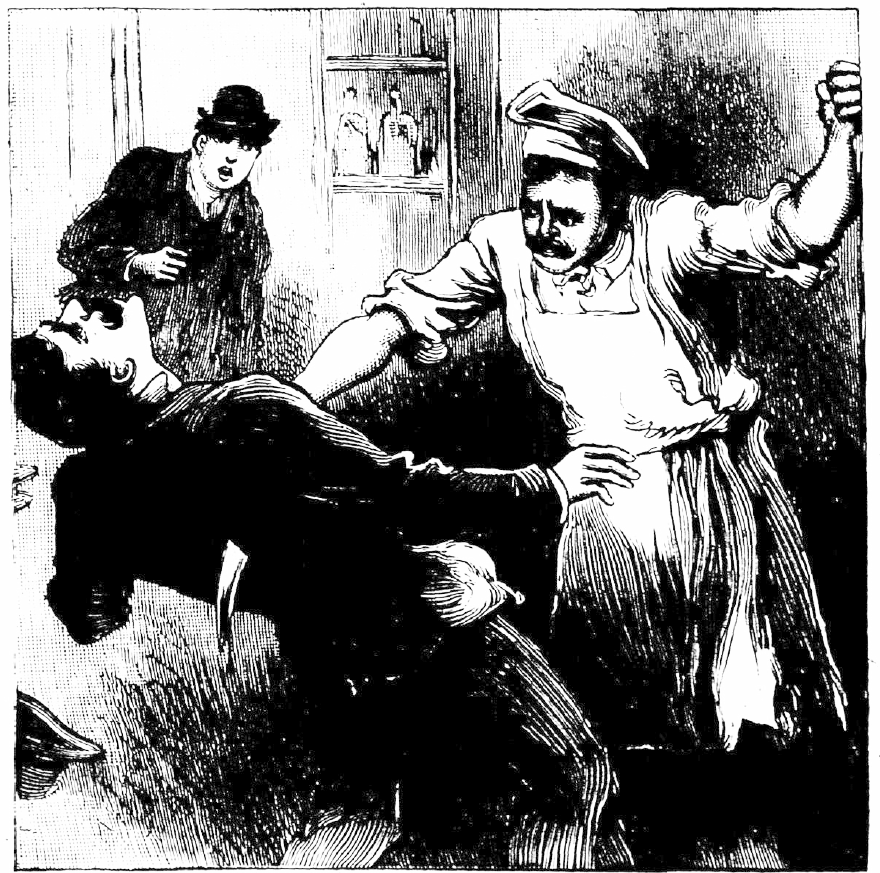 A gambler named Erwin entered the saloon of M. Tiernes at Covington, Neb., recently, and walking up to James Toohey, a cook, knocked him down twice. Toohey rushed into the kitchen, and returning with a huge butcher’s knife, attacked Erwin. During the fight the cook drove the blade through the gambler’s heart, it coming out at the back and sticking into the floor as Erwin fell. There were threats of lynching, and Toohey was taken to Dakota City for safety. No trouble had existed between the men previous to the tragedy so far as is known.