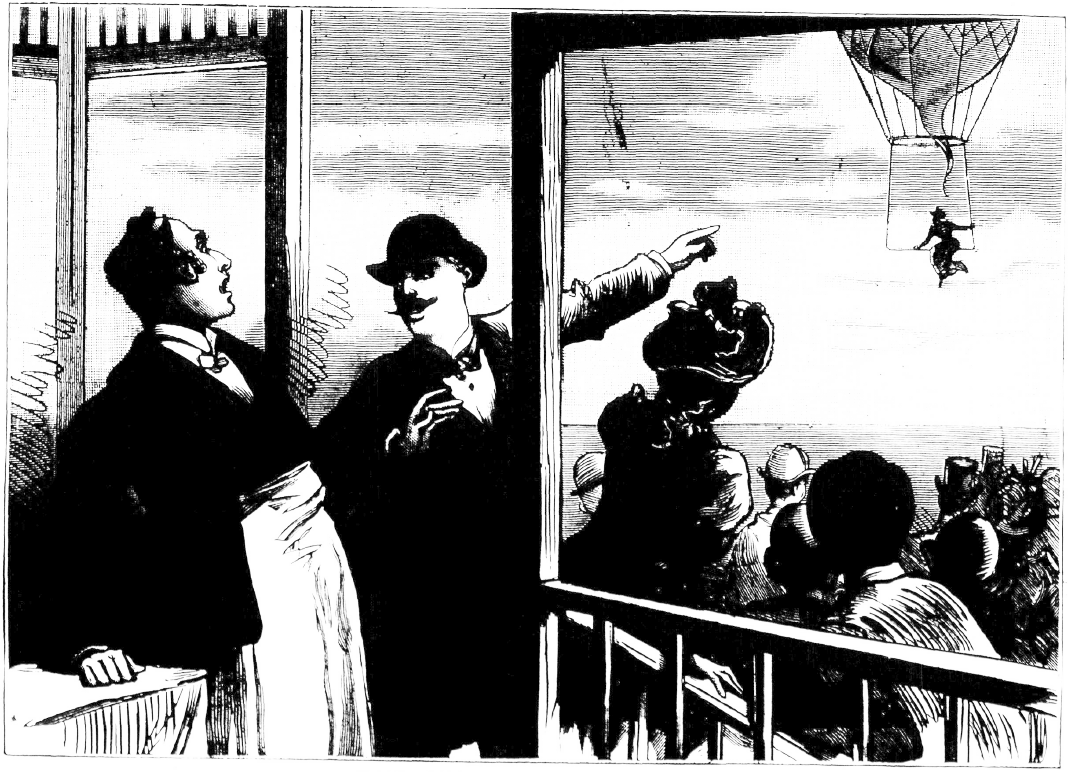 Mrs. Cary cures her husband of flirting by ascending in a balloon at Buffalo, N. Y. [more]

Head Waiter Cary at the restaurant at Crystal Beach, Buffalo, N. Y., has experienced the novel sensation of seeing his wife leave him by the balloon route. And a more surprised man could not have been found between dawn and sunset. Cary is a “masher” and has kept his wife and babies in the background while he carried on flirtations with the fair diners at his table.

Mrs. Cary had a quarrel with her spouse lately, which ended in a threat that she would leave him for a home beyond the skies. The other afternoon a big crowd assembled to see the balloon ascension. Just before the gas bag was filled Mrs. Cary trundled the baby over in its carriage and left it with her husband. The next Cary heard was the shout: “Cary, there goes your wife.” Cary looked up and say to his amazement, hanging to the balloon the wife of his bosom. She seemed self-possessed on her aerial perch, and waved adieu to the crowd as she ascended.

He stood as if transfixed, unable to utter a cry. Presently the balloon was checked in its skyward course and then to his consternation the deserted husband saw his better half cut loose from the airship and drop with a parachute to the earth. She landed only a few rods from her starting place. She was not half so scared as her husband and it is safe to say Cary will not flirt again until he recovers from his fright.