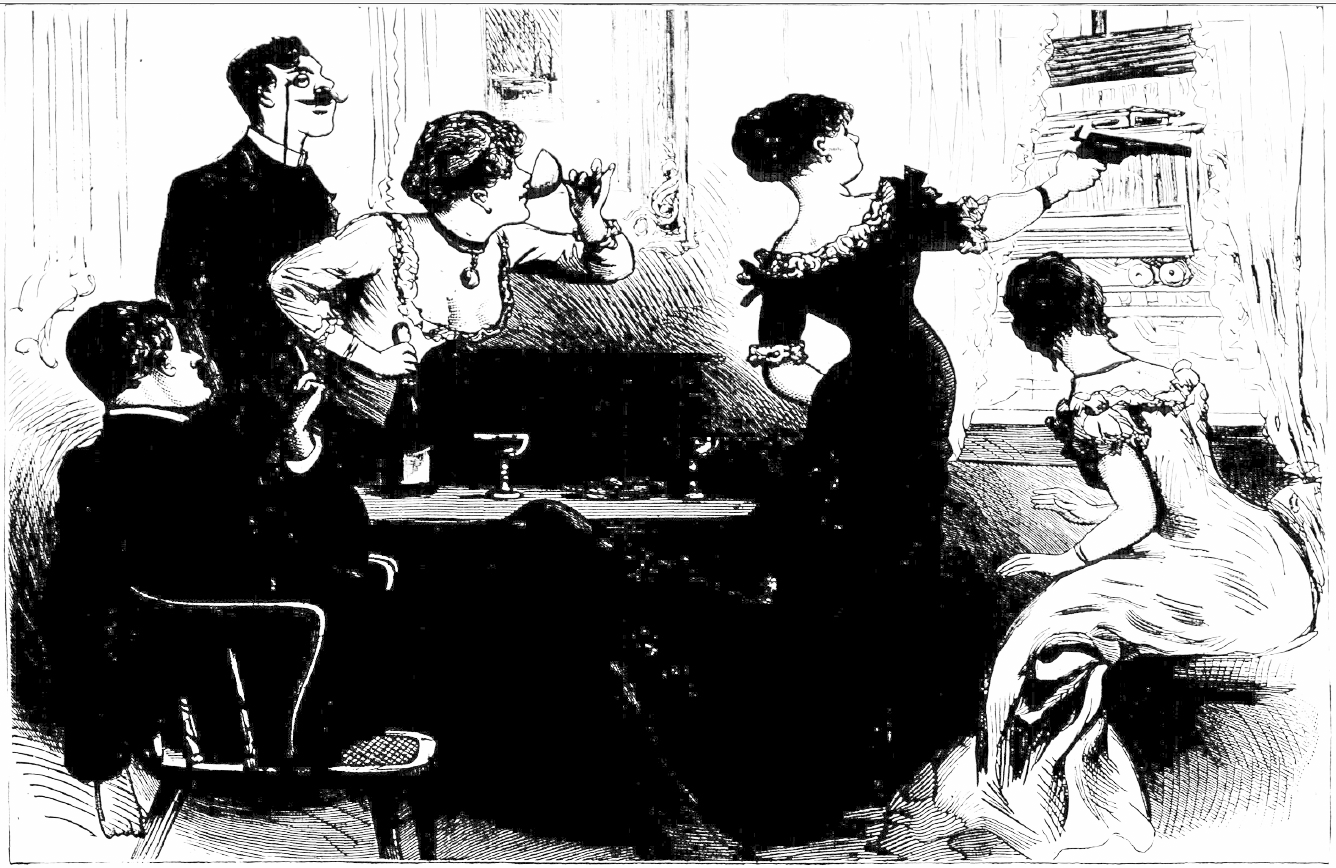 A party of New York girls enjoy a little after-dinner pistol practice at the trains that rush by windows of their hotel. [more]

Popping at the Elevated.

How a Certain Reckless Party of Fast Young Men and Women Added to the Dangers of Travel.

The luxuries of metropolitan life are many and novel, but we think the rag has been taken off the bush completely by late developments of the methods of enjoyment that have become popular among a certain class of reckless young bloods and the equally reckless young women who are assisting them in running through their fortunes. The dear creatures have been in the habit, when full of wine after the little suppers given in a certain famous off color hostelry on the line of one of the elevated railroads, to get up shooting matches, the mark being the elevated trains as thy fly by the second-story windows of the hotel. This practice became so common a few weeks ago that the entire detective force was set to work to ferret out the marksmen. One of these companies of female sharpshooters was caught by the officers but the male friends of the women proved to be related to some high officials and they were let go with a reprimand, and the mystery of the shooting at the trains has never been revealed to the indignant public until now, when the Police Gazette takes the ditty on itself in its usually bold form of description and illustration.