Spectacular Scenes & Sights Down on the Jersey Coast | Ararat: City of Refuge. 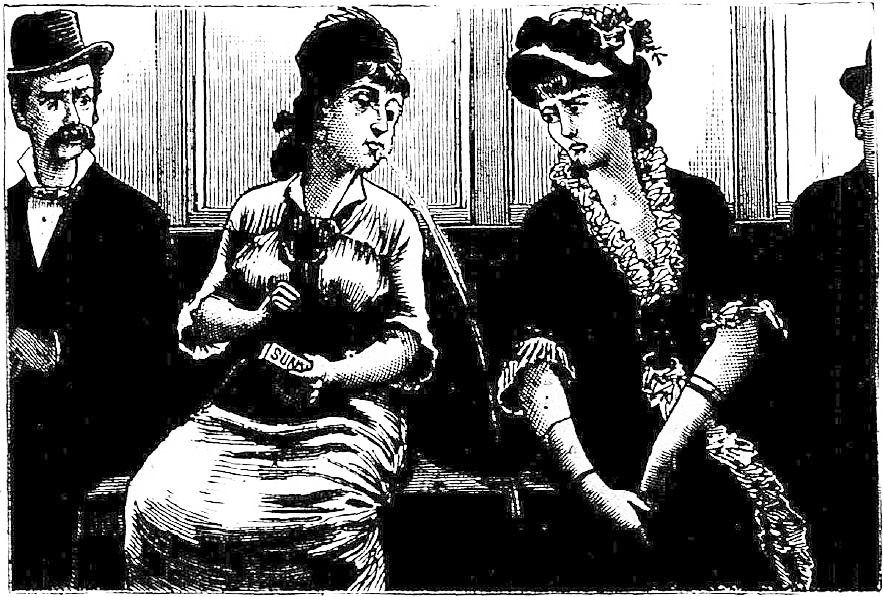 A stranger in Boston is shocked by seeing one of the “culchawed girls” of that city chewing tobacco like a sailor. [more]

What a Correspondent Asserts Regarding a Boston Girl.

The refinement and culture of the Boston girl has passed into a proverb. But if a correspondent of the Louis Republican is to be believed, the B. G. has taken of late to the habits which must pull her down from her pedestal. The correspondent says that he saw a Boston Girl—one of a party returning from a picnic—on a street-car, “chewing tobacco to such an extent that the quid puffed out her cheek to the size of a hickory nut, and she frequently bent forward and squirted the juice on the floor.”

In a subsequent issue of the paper an admirer of the Boston girl offers to bet a case of wine that the correspondent is a liar. No takers as yet.

From The National Police Gazette, October 9, 1880