William Peters, a Cincinnati dude, tries to mash Maggie Bolton but gets mashed instead.
More...
August 15, 2016 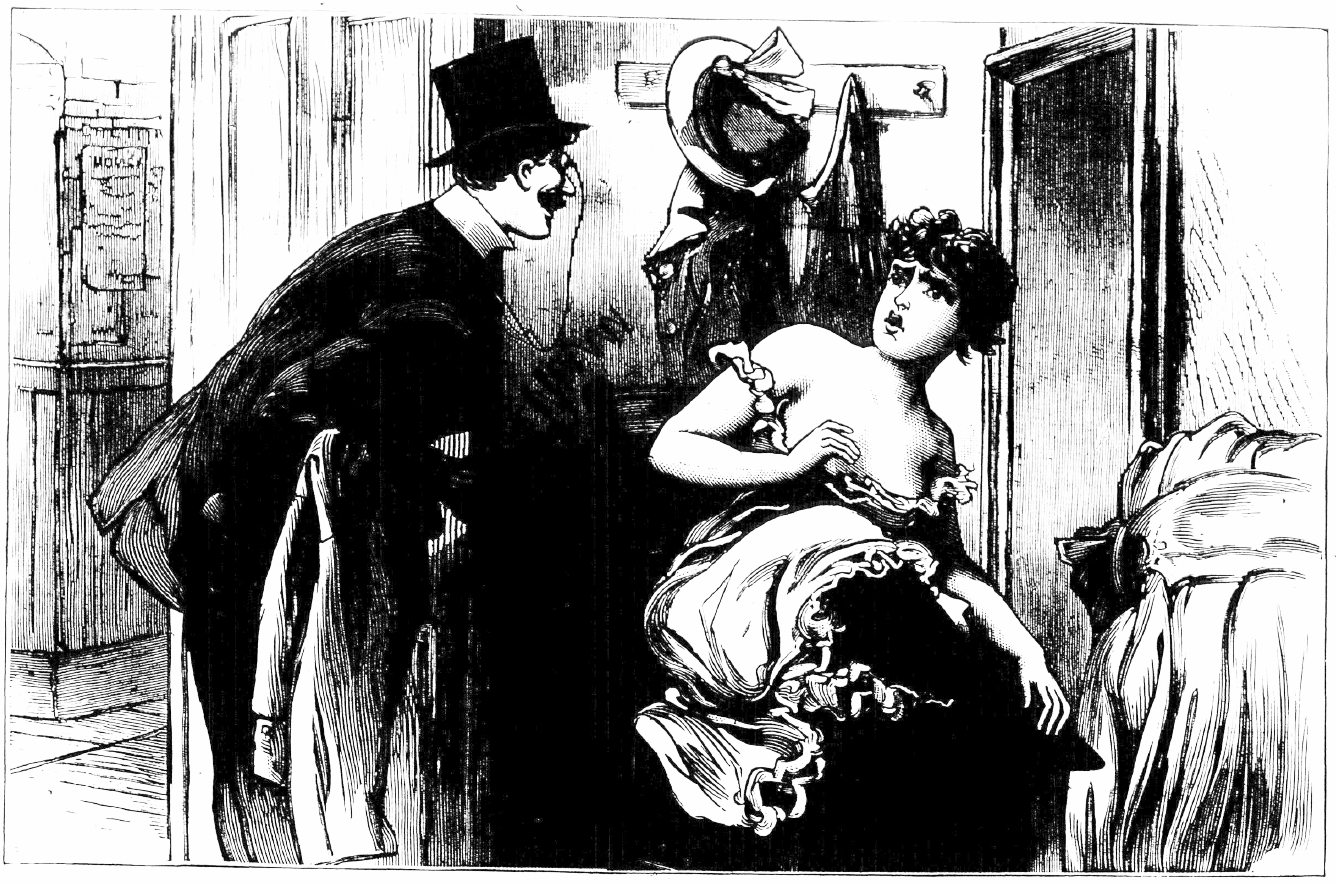 William Peters, a Cincinnati dude, tries to mash Maggie Bolton but gets mashed instead. [more]

William Peters, a Cincinnati, O. masher and dude was badly mashed the other night at the Harris’ Theatre. First, Peters was mashed by Maggie Bolton, an actresses playing at the house, and later he was mashed by the woman’s husband, W. Tre Deunick. The dude had managed to get through the door leading to the stage. Like a Peeping Tom, he stole to Maggie’s dressing room and opening the door, took one sly peep at the lady, who was changing her costume. Her husband, who was near, saw the masher and pounced upon him, and in less time than it takes to write it had done up the dude in a most beautiful style. Peter’s lip was split and his face badly disfigured. He escaped further punishment by flight. He lives at No. 77 York street.