She Liked Her Lager Beer.

A Murray Hill belle, with a fondness for the Teutonic beverage, sets up a keg in her boudoir.
More...
August 24, 2015

Getting Above his Business. | New Jersey’s Great Wash Day.

She Liked Her Lager Beer. 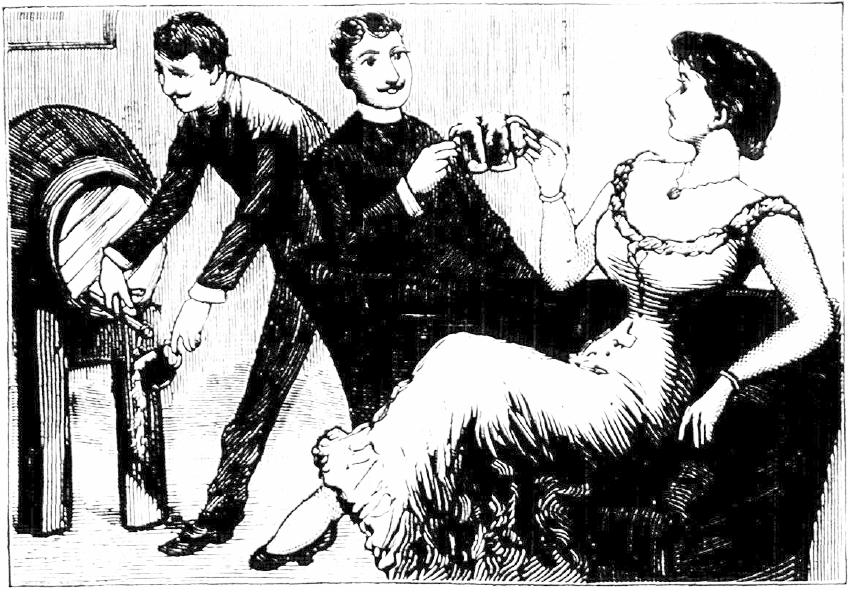 A Murray Hill belle, with a fondness for the Teutonic beverage, sets up a keg in her boudoir. [more]

A recent inquiry into the sanity of a young society lady of Murray Hill brought about by the application of some of her relatives to take the control of her fortune out of her hands on the grounds that she is a lunatic, developed some strange doings on the part of the eccentric heiress. One point made by the applicants for the appointment of a guardian was that the young lady turned her boudoir into a bar room. It appears that the lady in question has acquired a taste for lager beer from frequent visits to Koster & Bail’s, Theiss’ and other noted resorts, after coming from the opera or a play with a make escort. She liked it drawn from the wood, no bottled medicine for her. Therefore she had a veritable bear horse placed in her boudoir, and got her favorite beverage by the keg, not forgetting the proper accompaniments of glasses with handles and pretzels. When thus provided it was her custom to invites a choice set of her male friends to her room, and hold high revel in real beer saloon style. The committee to whom the case was referred failed to see that this evidence showed any case of insanity they rather thought it was a level headed idea.