Up the Hudson. | A Velocipede Riding-School. 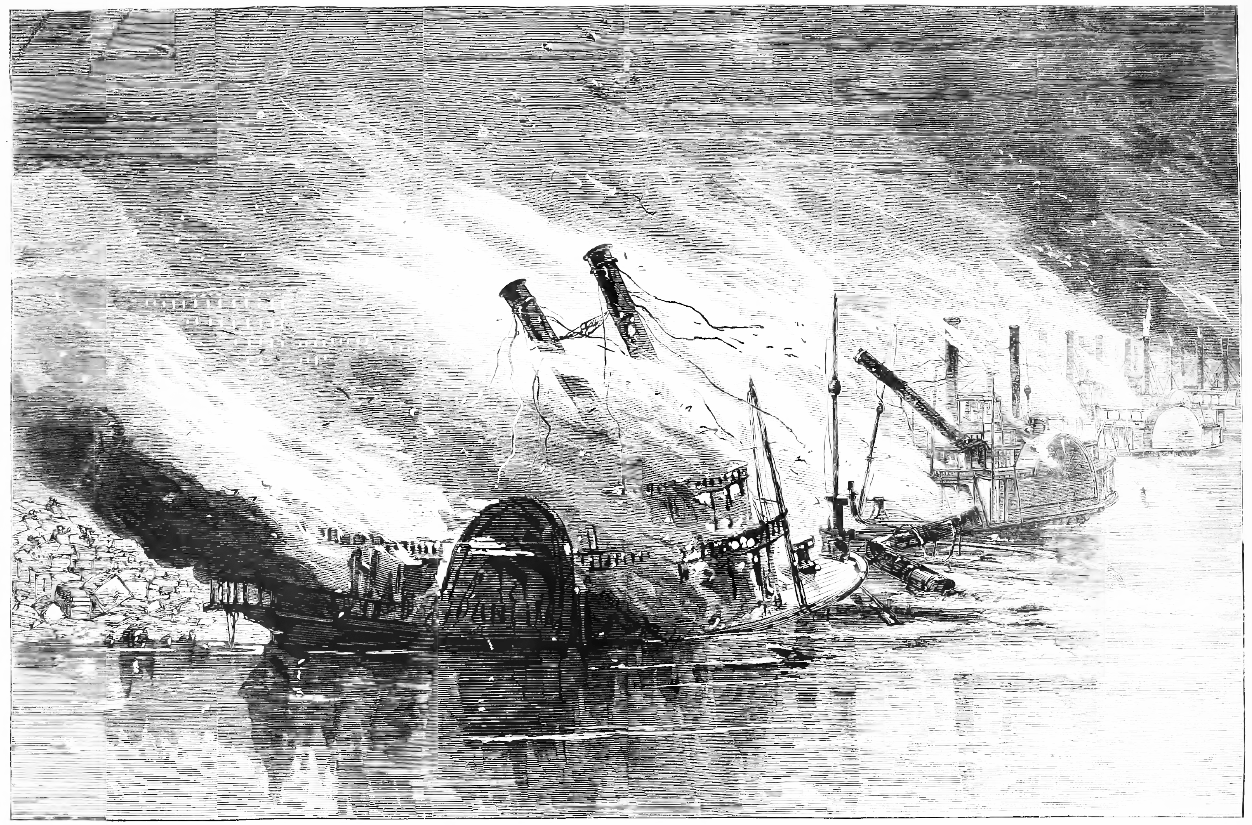 We illustrate the disastrous conflagration which took place on the Ohio River, at Cincinnati, on the morning of May 12. A little before two o’clock a fire broke out on the Clifton, caused, it is supposed, by the upsetting of a lamp. Five steamers were lying in close proximity and above these six others. In less than half an hour the six steamers below were destroyed, nearly all of them being burned to the water’s edge. Those on board the Clifton were just able to escape with their lives, so r paid was the conflagration. Before the earliest engine could reach the scene four of the boats were already inflames. The heat was so intense that they could only approach the boats with the greatest difficulty. Buy their daring was equal to the emergency, and the fought her fierce foe at close quarters. Some of the bots had on board a large quantity of oil, and as the barrels caught fire they floated out into the river, and then down the stream, making it a stream of burning fire. The Kentucky shore was lighted up, and the flames showed its banks filled with spectators drown from their beds by the magnificent spectacle. A dec-hand was burned to death on the Clifton, and it is reported that five hands on the Cheyenne suffered a similar fate. Three or four men from the Darling were drowns in their attempt to get ashore. The loss of property amounted to nearly $1,00,000, exclusive of cargo.