Anti-Everything. | The Enlargement of Woman's Sphere. 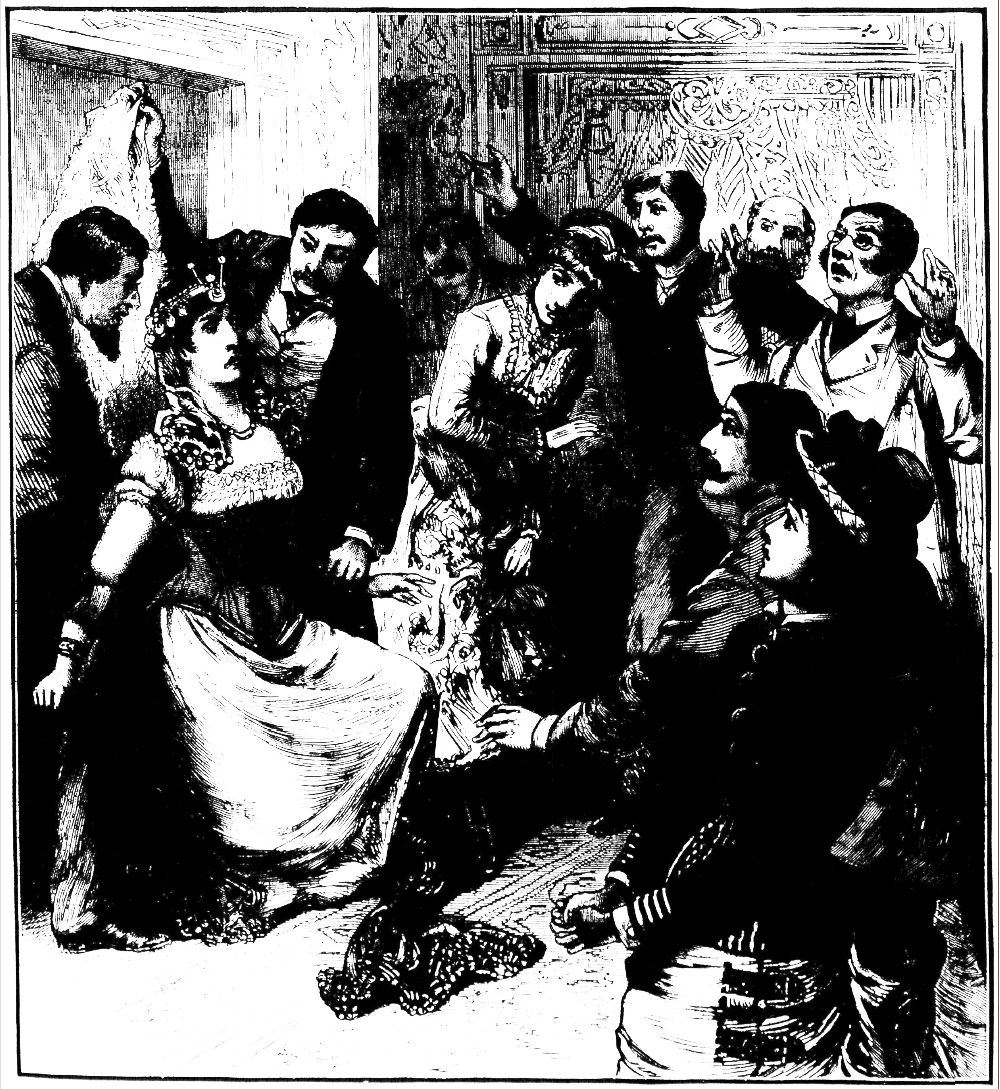 The Spiritualists, of Hartford, Ct., are excited over the exposure of Mrs. Eugene Beste, the well-known illuminated materializing medium. She has bewildered the people of culture Boston, where she had crowded seances for two years, and she has also given successful exhibitions in New York, Philadelphia and Washington. She went to Hartford at the invitation of leading Spiritualists, and a séance was given on Saturday, attended by a select few. An incredulous lady determined to test the genuineness of the visionary forms at the next exhibition and laid carful plans. She obtained the consent of Mrs. House, at whose home the medium was a guest, and two stout men were secreted in the kitchen, while the invited twenty, at $1 apiece, were forming three circles in the adjoining room. Mrs. Beste chatted with the spectators until 8:30, when the room was darkened. Two chairs had been placed against the kitchen door by the medium and a wire put in front of the inner circle. This the lady said, would have an electric effect. The medium the retired to the cabinet, formed by curtains inclosing a bay window.

A deathlike silence pervaded the room when a tall figure appeared and advanced a few steps and sang in deep bass. The next figure was Daisy, a child three feet tall, who talked in a sweet voice. Then came Apollonius, of Tiana, and illuminated Oriental figure who wore luminous robes and was expected to dissolve before the eyes of the spectators. The sight was beautiful. Stars sparked and a blue fire enveloped the figure. Suddenly the kitchen door flew open, and two men rushing in seized the supposed Apollonius, who uttered a piercing scream and called for help. Lights were procured, the scented gauze was torn off the figure and Mrs. Beste stood before the excited twenty. She displayed a fine form arrayed in corset, a short chemise and blue stockings. She was allowed to dress, after which she made a confession which was put into the shape of a sworn affidavit by a lawyer present and signed by Mrs. Beste.

She said her robes were soaked in a solution of phosphorus and spattered with illuminated paint, which produced the luminous effect. They were concealed under her dress when she entered the cabinet. Tall figures were made by raising the arms over the head and small figures by kneeling down. She said all the Boston mediums were frauds and that she had deceived thousands, though in constant fear of exposure. After refunding the $20, which was given to the two men who caught her, she was allowed to depart. She left the city on the Washington Express. In her affidavit, she swears never to give another exhibition. This is witnessed by W. O. Burr, of the Times, and other well-known gentlemen. The medium had great vocal powers, which she used to advantage. The leading Spiritualists say they are pleased at the discovery of fraud where it exists.