Above we give a representation of a portion of the work which occupies the New England farmer at thi
More...
October 2, 2017

Too Mild a Description. | Anti-Everything. 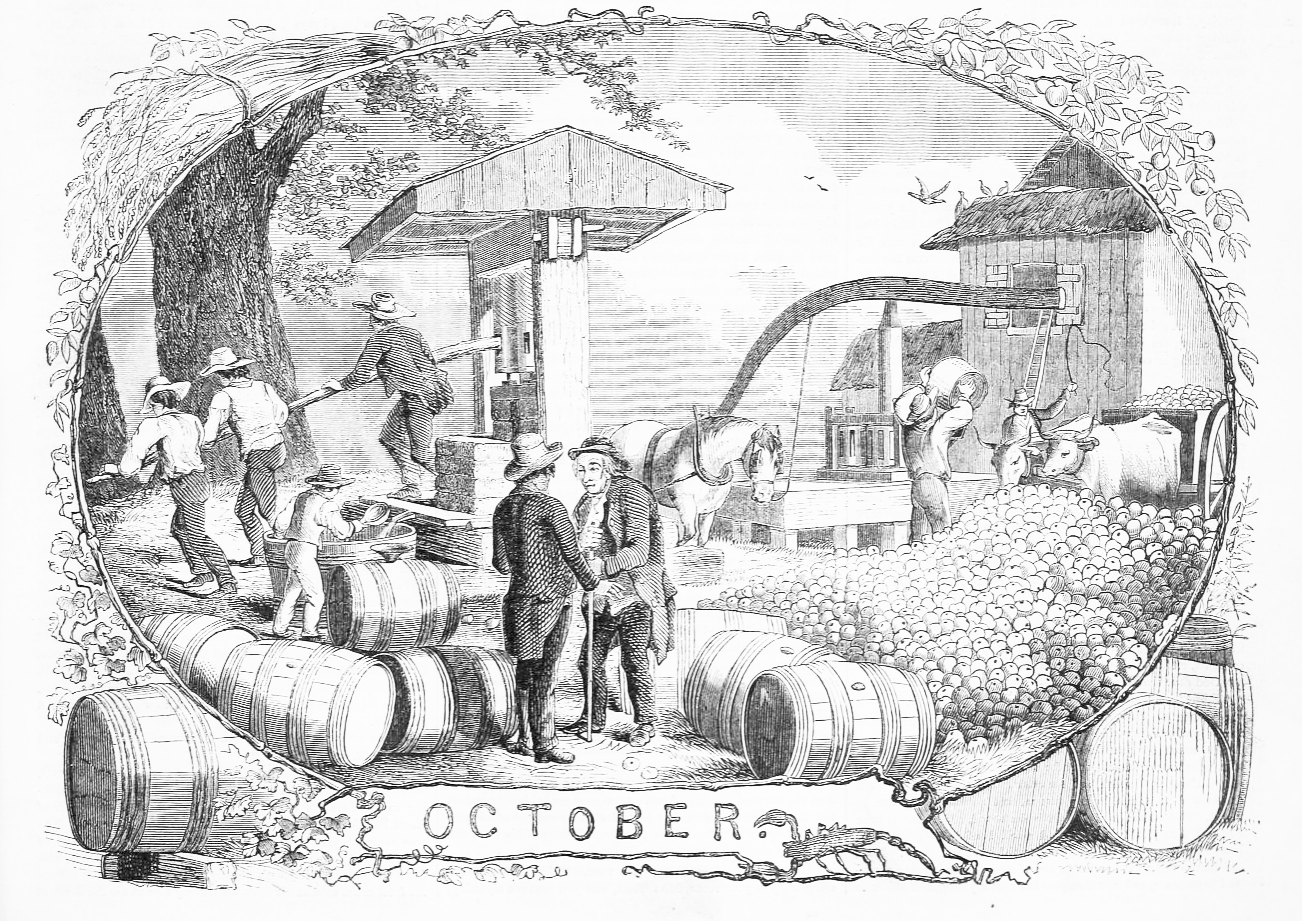 Above we give a representation of a portion of the work which occupies the New England farmer at this season of the year. [more]

The scene represents the old-fashioned but still favorite cider-press. The heap of ripe fruit in the foreground is to be ground to pulp, and the pulp is to be expressed, so as to produce the rich and natural liquid so generally used by farmers as a beverage. This month is the harbinger of the declining year. It is usually in October that the bee-hives are despoiled of their honey. As long as flowers are plentiful, the bees continue adding to their store; but when these fail, they are obliged to begin feeding on the honey they have already made. From this time, therefore, the hive grows less and less valuable. The transition from autumnal richness to the desolation of winter is gradual, gentle, and even beautiful.