A Scene not on the Bills. | Another Steamboat Disaster. 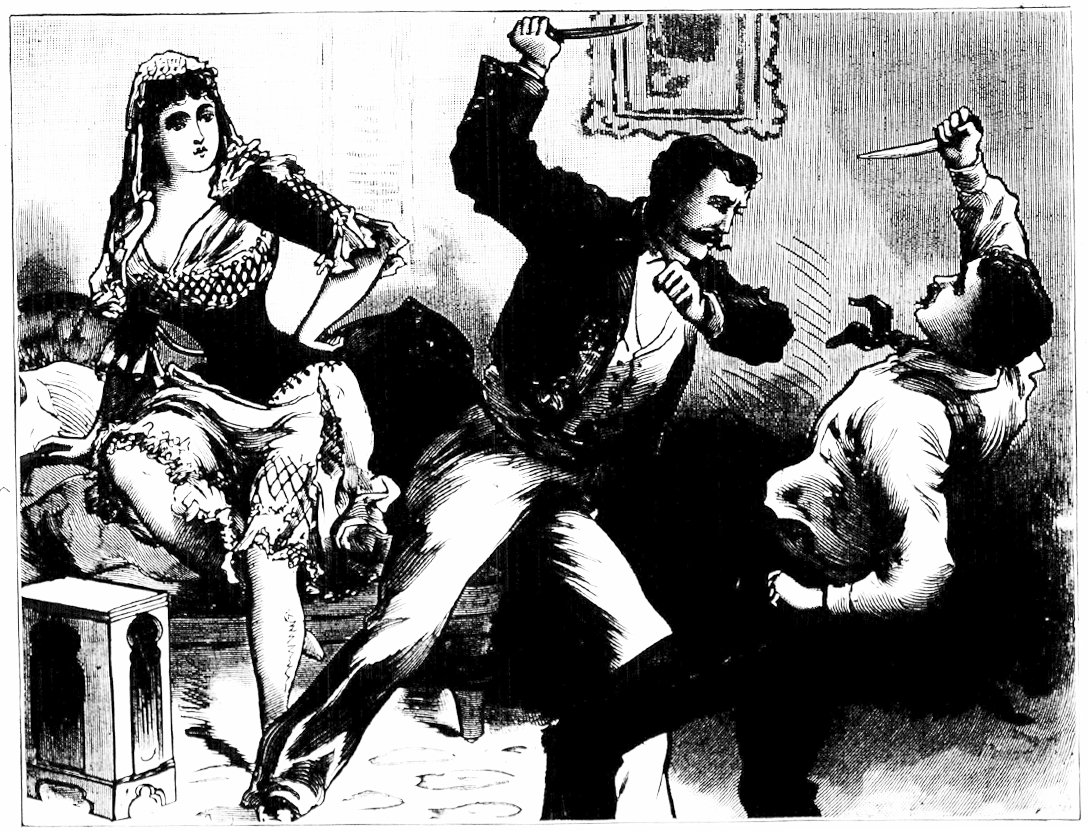 George Barker and Henry Paxton, well-to-do stock raisers, near Gold Hill, Idaho, loved Maggie Brandt, a charming widow. She promised to marry both her lovers. They decided to settle the matter by a duel. They fought with knives and Barker fell with a terrible wound in his throat. Maggie, who witnessed the battle, threw herself in the arms of the victor, who cut her nose off and put out her eyes with a slash of his knife.