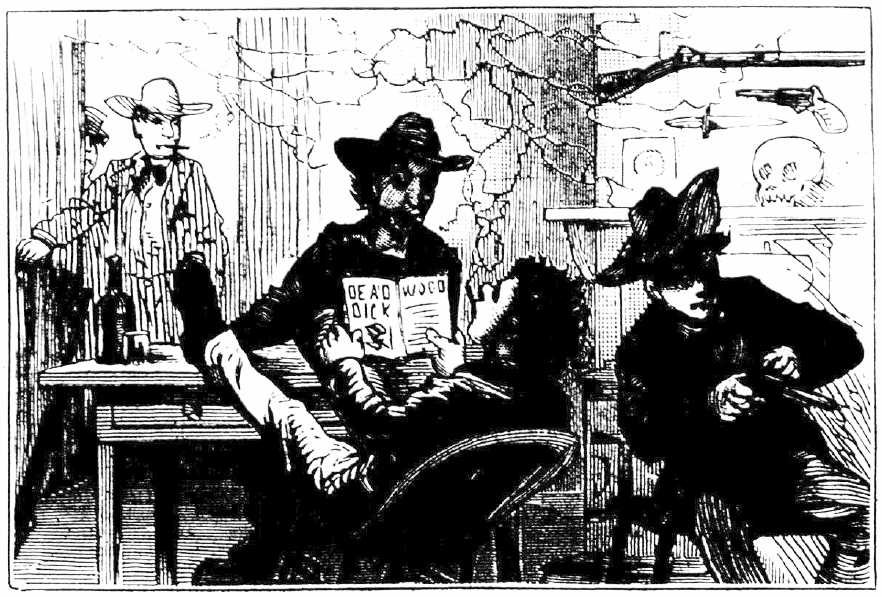 A Lot of Boy Burglars Fit Up and Run a Snug Little Club of Their Own in Boston, Massachusetts. [more]

A Den of Thieves.

A special from Boston, Mass., October 5, says: To run club rooms in the proceeds of burglaries is the latest exploit of Boston youths. Five lads averaging 15 years of age, are behind the bars because of their jovial tastes, and another in in Montreal from fear of arrest. They had fitted up in an elaborate style a front room in a house on Tabor street, at the Highlands, and had named their organization “The Tabor Club.” It appears to have been well supplied with cash; also with cigars. When the members visited the theatre in a body they had plenty of money to buy a box if they desired, They also had plenty of money for supper afterward. The clubroom had lots of change in it at all hours. A big box in the corner had lots of change in it at all hours. This bore the inscription in small letters, “For members only.” Only in one instance in the club’s existence did the box get empty, according to the police. This was several weeks ago, when one member suspected another of taking the last cent to secure a bunch of matches. Two guns were hung on one side of the wall. There was a big hitting bag in the centre. The library opposite the main door was quite extensive. Among the volumes it contained the following half-dime novels: “Deadwood Dick’s Device,” “Kit Harefoot, or Old Powderface,” “Corporal Cannon the man of Forty Deeds,” “Pier Detective, or Phil’s Big Skirmish.”