Jolly sport among the giddy Vassar girls, fun in the forecastle, and a lonely New Year’s Eve on the
More...
December 26, 2016 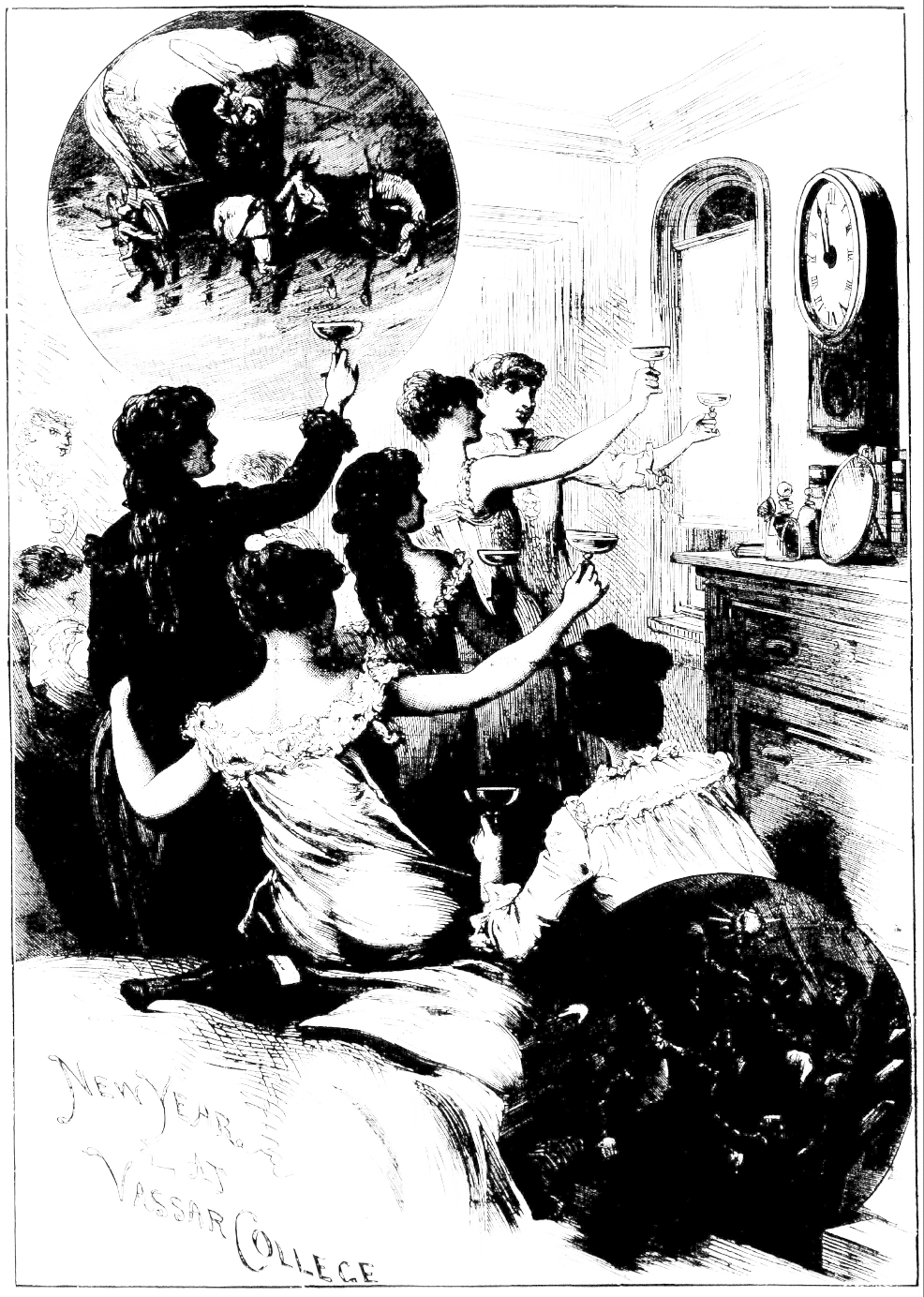 Jolly sport among the giddy Vassar girls, fun in the forecastle, and a lonely New Year’s Eve on the desolate prairie. [more]

“Seeing the New Year in,” is a time-honored custom and is invested with many pleasant ceremonies. Our artist has depicted the sailors telling yarns and drinking grog in the forecastle, and the emigrant on the plains wishing that he was home again by a warm fireside. But the giddy Vassar girls are having the best time of all. A genuine jollification is in progress and as the hands of the clock are on the point of midnight glasses are raised in air and the girls drink success in the New Year and wish a husband apiece to each other.