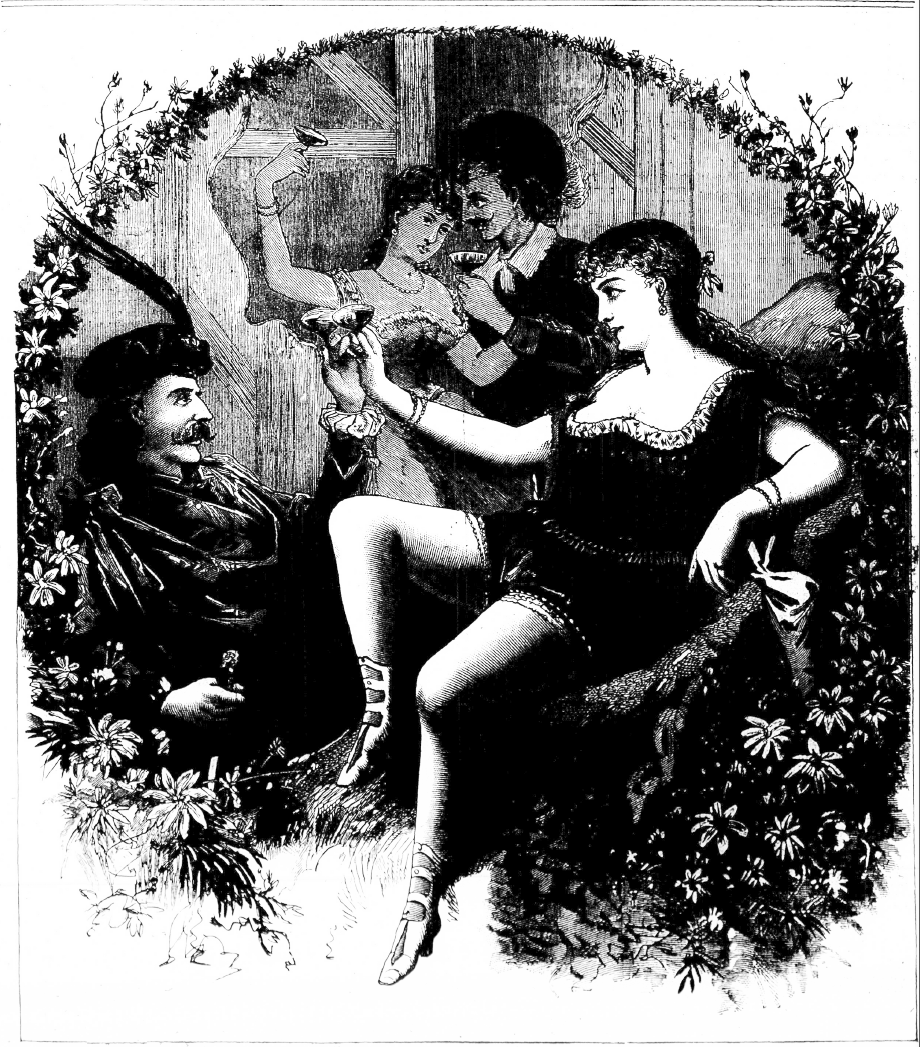 The fairy of the enchanted realm entertains her subjects in an earthly way. [more]

While everybody is taking a holiday, the players must work. The public, when it is in a good humor, must be amused. Therefore the temples of mirth open their doors and invite all in search of fun to come and get it on their boards. The merry dispensers of that article, however hearty they may contribute to the public’s amusement, do not take part as heartily as they seem to. It is acting, nothing more. The merry party whom our artist has sketched believe evidently in joining in the general good cheer, not in mimicry, but in earnest. The flowing bowl finds its place in the midst of their labors and lightens their tasks. The queen of the fairy realm of the stage becomes the hostess in real life, and dispenses her hospitality as liberally as she does her fairy smiles and good wishes to her subjects in the mimic world. “New Years in the Wings” passes as pleasantly oftentimes as it would in some grand parlor filled with callers, whose only interest in the host and hostess is what they can get out of them.

Reprinted from "New Years in the Wings." The National Police Gazette January 8,1881