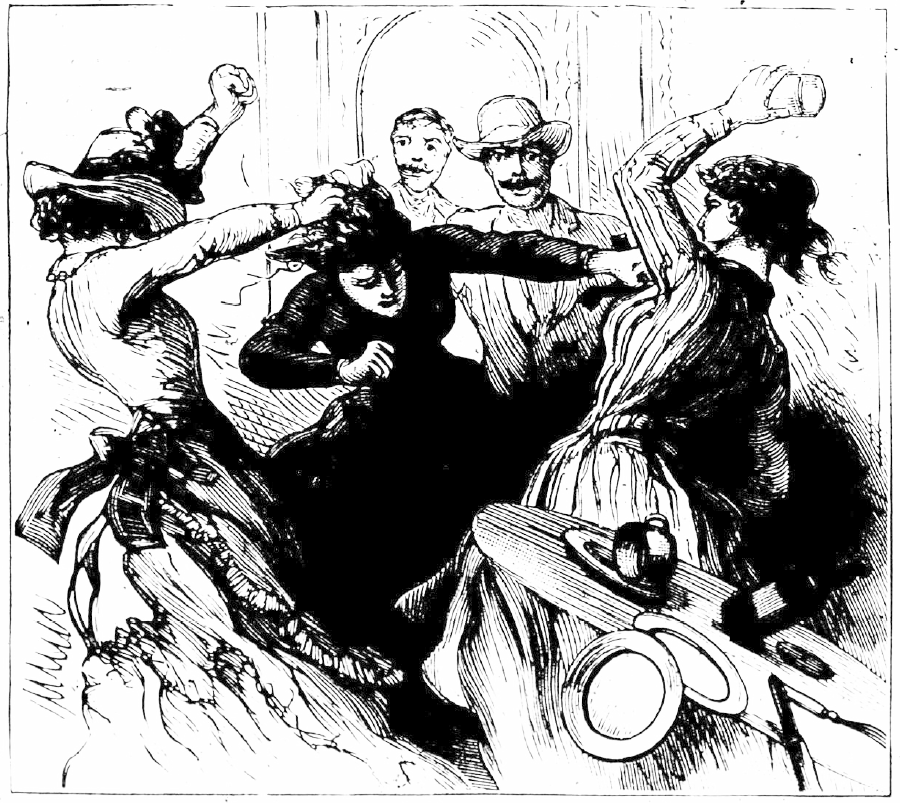 Three pretty women of Cincinnati, Ohio, have a scrapping match in “The Abbey” with no serious results. [more]

“The Abbey,” on Spring Grove Avenue, Cincinnati, O., was the scene of a pretty little fight on night recently, between three well-known women named Gertie Roberts, a McFarland street landlady; May St. Clair and Bessie Anderson. The tree women were under the influence of liquor and it was not long before they began to fight among themselves. Bessie called May a hard name and in return was biffed in the eye and knocked down. At this point Gertie Roberts sailed in and went for May and received a good thumping for her trouble. After the women had been separated it was found that Bessie’s eyes were the color of shoe-blacking, and that Gertie’s nose had gone around to attend a tea party with her back hair, while the victorious May was all right. All are now said to be training for the ring.